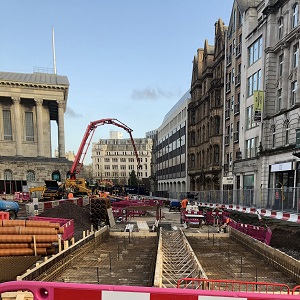 The Midland Metro Alliance is working on a ten year programme of
work to deliver tram extensions across the West Midlands. Barhale are
a sub-alliance partner whose remit is to deliver the civil engineering
elements of the work.

One of the projects is the first phase of  the Birmingham Westside Metro extension, which will see the line extended from Grand Central to Centenary Square. These works will aid regeneration across the city and prepare for the Commonwealth Games that Birmingham will be hosting in 2022. 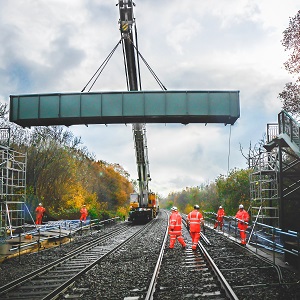 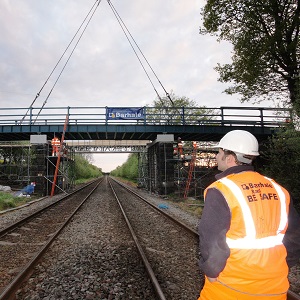 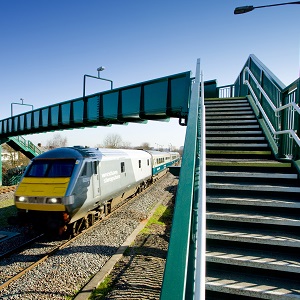 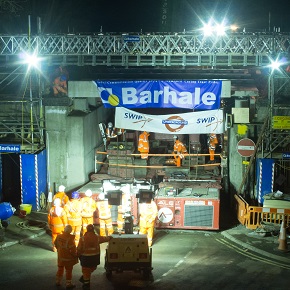 Barhale were awarded the construction project by LUL to replace the railway bridge along the Metropolitan line in Rickmansworth, Hertfordshire. The bridge is part of the railway line between Rickmansworth and Moor Park station. The major concerns with the existing structure were the capacity to resist two horizontal loads, vertical displacements and the load capacity of the old deck.

Barhale carried out a detailed work programme for the possession period, including contingency plans to ensure that the works will be completed on time. During the bridge replacement works, not only did Barhale succeed with its works but we also made up for third parties delays and provided other subcontractors with their own resources to achieve the target delivery.
Along the project, Barhale demonstrated a hands-on spirit with a permanent collaboration with the client on the several design issues and challenges. 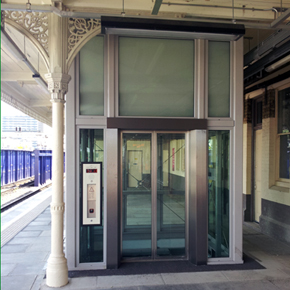 Barhale were awarded the design and construct contract for the Access for All (AFA) station upgrade works to Camden Road Railway Station. AFA was a major development programme that aimed to improve accessibility to 160 train stations around the country.

The station is an 1870’s grade II listed building sited on a series of brick arches, located in a London urban inner city location, surrounded by a combination of commercial and residential buildings. 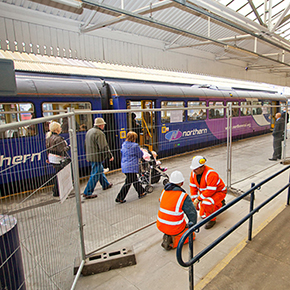 Barhale were awarded the design and construct NR9 contract, in conjunction with our design partners at Tony & Gee, to undertake the £3,175,000 scheme at Bolton to regenerate the train station and enhance the general customer experience.

The project was high profile within Bolton’s local community and media. The scope of the works included the refurbishment and enhancement of the platforms, construction of new platform canopies and modi cations to station buildings such as the ticket office, travel centre and waiting rooms. In addition, Barhale were tasked with making improvements to the M&E, CCTV and retail telecoms systems.

Due to Barhale’s performance throughout the project, Network Rail awarded additional works to the value of £350,000 to Barhale, including the refurbishment of the station footbridge, adding new roller shutters to the ticket office and more general civils and building works around the station. 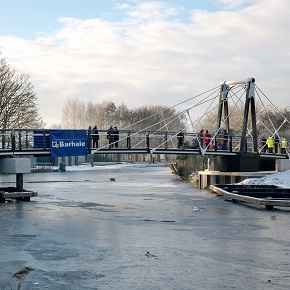 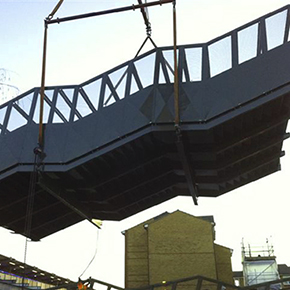 Barhale were contracted, by the Olympic Delivery Authority, to undertake the £3.7 million scheme to install both temporary and permanent access structures to West Ham Station. This provided a pedestrian route for travel between West Ham Station and The Greenway, for access to the Olympic Park. The temporary structures were dismantled post-Olympic Games and stored for possible re-use in the future. The project was split into three phases:

Phase 1
Barhale installed a long temporary footbridge with two flights of stairs over the West Ham District Line. The walkway was positioned on 50No Screw Piles, embedded in the East Bound LU Embankment.

Phase 2
Construction of a temporary staircase with a 16 passenger disabled lift between Manor Road and the Greenway. Barhale reconstructed a 300m permanent step free DDA compliant access ramp from Manor Road, running parallel to the Greenway.

Phase 3
Barhale dismantled part of the temporary works once the Olympics finished, with potential for the steel walkway and staircase to be re-used in the future. 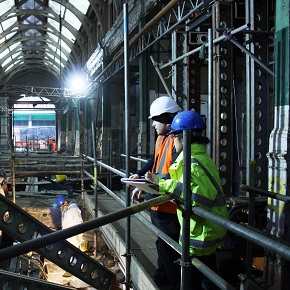 As part of the development of a disused Victorian building that was part of the historic Smithfield meat market in Farringdon central London, Barhale was contracted to replace the tunnel crowns above the upgraded Thameslink railway lines which run beneath the building.

Barhale were required to seal the site above from the railway corridor below with a reinforced composite concrete slab on the existing wrought iron/early steel girders in area D1 and on new steel beams in areas D2 and D3.