The first of the city’s new tram stops are being installed in Birmingham city centre as the works to extend the West Midlands Metro to Centenary Square enter their final stages. 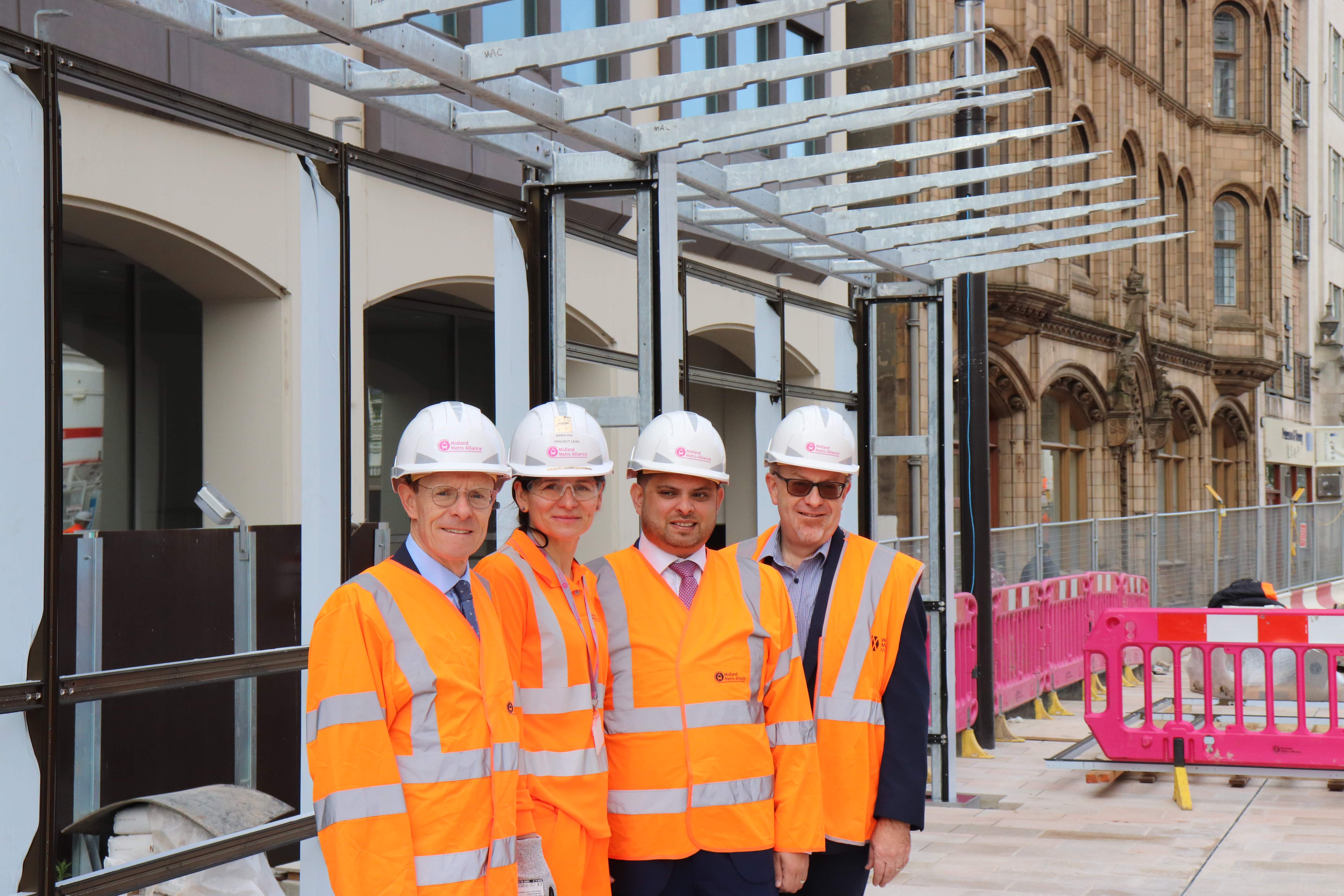 Speaking at the site of one of the new Metro stops in Victoria Square, Mr Street, the former CEO of John Lewis, said: “The expansion of the Metro to Centenary Square will make it easier for those living, working and travelling in Birmingham to get around the city and beyond. With tram stop furniture being installed, it is very clear that we are entering the final stages of construction for this first phase of the route, and it is exciting to imagine that local people will be using these tram stops later this year.”

“But of course, this is only the start of our Metro expansion, with work ongoing to get trams out to Five Ways as part of this same route, and plans in place to extend the line from Wednesbury to Brierley Hill. These expansions combined with major investment in state-of-the-art clean buses and an improved train timetable is clear evidence to show how our region is undergoing a major transport overhaul.”

The Birmingham Westside Metro extension follows the Metro extension from St. Chads to Grand Central, which opened for passenger service in May 2016. Once completed, the Metro will operate between Grand Central and Hagley Road in Edgbaston, improving transport links in the heart of Birmingham, making journeys faster and more accessible, in turn helping businesses and supporting more jobs.

Construction for the new route commenced in June 2017 and along with four other tram extensions in the West Midlands, is being planned, designed and delivered by the Midland Metro Alliance on behalf of Transport for West Midlands (TfWM), which has embarked upon an ambitious plan to regenerate the region and provide new opportunities for residents and businesses.

Five new tram stops will connect passengers to Victoria Square, Centenary Square, Brindleyplace, Five Ways and Hagley Road, with links to popular attractions including the Birmingham Museum & Art Gallery, the International Convention Centre and Symphony Hall, allowing more people to use the Metro in this area for day-to-day travel, reducing road congestion in the city centre, as well as improving sustainable transport options along Broad Street and beyond.

Phil Hewitt, Director of West Midlands Metro, said: “Soon, people will be able to travel across the city and enjoy the entertainment and hospitality offerings in Brindleyplace and Broad Street by tram.  We’re looking forward to transporting local people even further into Birmingham city centre when the route opens later this December.”

Maria Ion, Project Lead at the Midland Metro Alliance, said: “Over the past few weeks it has been great to receive positive comments on social media from those living, visiting and working in Birmingham about the quality and progress of the tramway construction. Over the coming months those in the area will witness construction areas in the city centre reducing as works draw to close and testing and commissioning begins. At this time, we would like to thank those who have been impacted by our works for their patience and understanding.”

For any further information about the work, including any traffic or pedestrian changes following construction completion, please visit: www.metroalliance.co.uk