A first time waste water treatment works (WwTW) for the village and community of Mountfield in East Sussex will also yield a significant environmental and biodiversity dividend.

Under Southern Water’s AMP6 capital works programme, the £3 million project was awarded to BTU and delivered by Barhale as part of the AMP6 joint venture. The WwTW, together with the recently completed new sewer network for Mountfield, will help to reduce the threat of pollution incidents from the previously-used individual property cess tanks. The works also include measures to increase biodiversity such as creating a grass and wildflower meadow within the site.

Barhale worked in an integrated team with Southern Water to meet the planning conditions which included the twin challenge of the site’s location on a flood plain and the need for the WwTW to observe height restrictions by being built into the ground.

Barhale’s southern region director Phil Cull says that the task was made even more difficult by the extended heavy rainfall as the team went on site.

“Dewatering was a major issue,” he said. “We found ourselves having to pump out and tanker water away several times a day, which had a knock on effect in terms of interruptions to work.

“In the end, we came up with the solution of a nursing tank mounted at the site’s entrance. That way we could keep the site dry and the tanker collections no longer disturbed progress.”

Phil Cull said “This was only able to collect the runoff from the access road and so only partially addressed the problem, especially during heavy rainfalls. 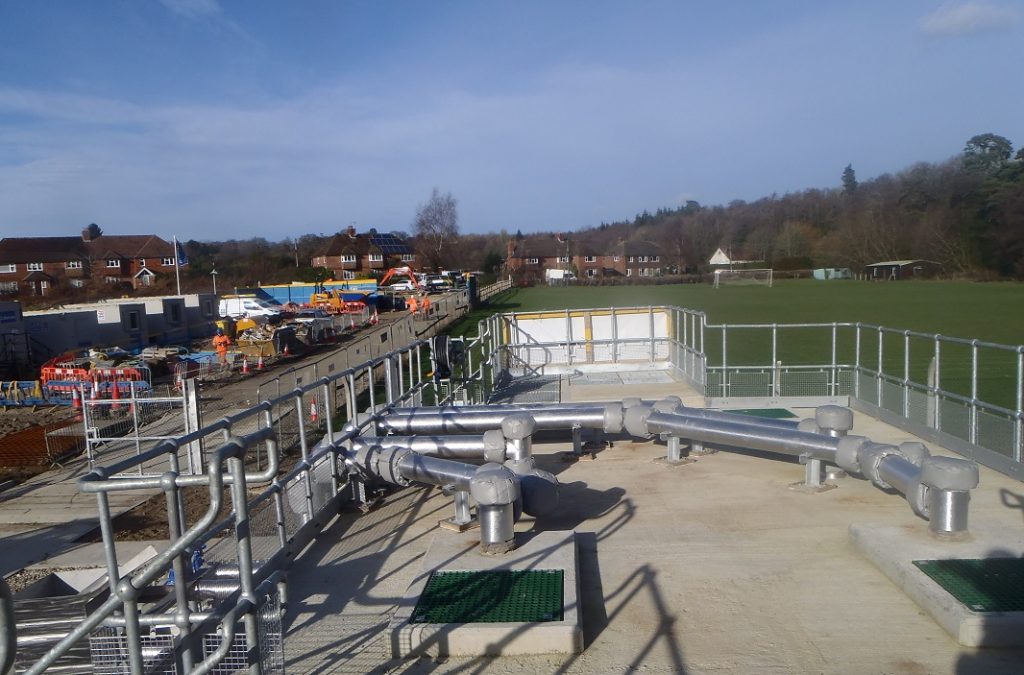 “We suggested to the client that we installed a French drain to capture all the water coming from the elevated area but then diverted it into a specially constructed soak-away lagoon, from where it would eventually find its way into the river through the ground.”

“This approach has been implemented and, I’m pleased to say, is working exactly as planned.”

In line with the environmental ambitions of the site, the Barhale team also found themselves having to make allowances for unexpected guests.

“A Grey Wagtail decided that a temporary works brace would make an ideal nesting location,” said Phil Cull. “We immediately implemented a series of protection measures, which included a 10 metre exclusion zone around the nest and full briefings for anybody on site on behaviour around and the legal protections afforded to nesting wild birds.”

Despite this, Barhale constructed a fully operational WwTW from a green field site, to discharging a compliant effluent to the River Line within 10 months.