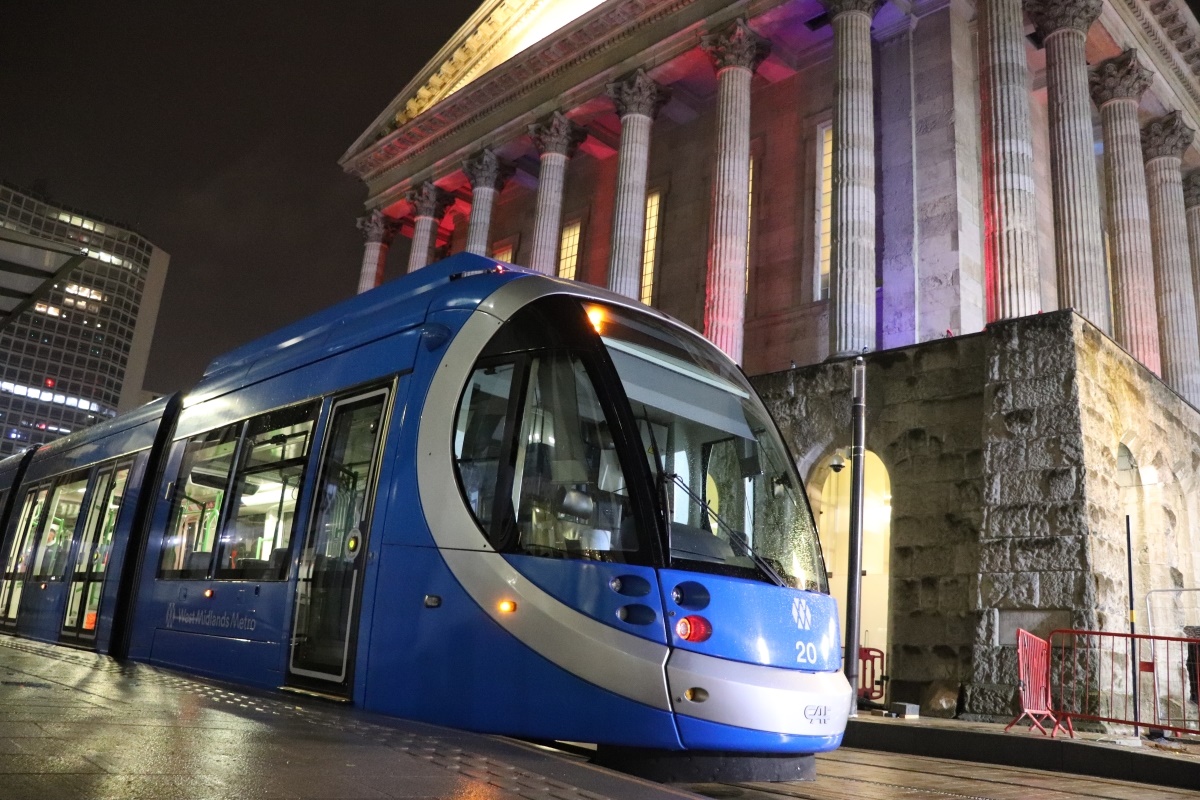 Trams have arrived in Centenary Square for the first time as full tests of the Birmingham Westside Metro extension got underway.

A series of overnight trials will now see trams running across all of the newly laid track from Grand Central to Centenary Square over the course of the coming weeks in preparation for the much-anticipated launch of passenger services in December.

Mayor of the West Midlands Andy Street was on board as a tram completed one of its first journeys from Grand Central.

Andy Street said: “It was very exciting to see the testing of the tram, showing just how close we are to finishing construction on the extension of the West Midlands Metro line to Centenary Square. This project is on time and will, in December, be bringing passengers to the International Convention Centre (ICC), HSBC Bank and the Library of Birmingham. This latest addition to the line, which will soon be heading out along Broad Street towards Edgbaston, offers residents a genuinely viable alternative to the car in Birmingham city centre. With further extensions planned towards Birmingham Airport and a new Wednesbury to Brierley Hill line, our Metro network is expanding rapidly and helping to revolutionise transport across the West Midlands.”

Councillor Ian Ward, Leader of Birmingham City Council, added: “This is an important moment in the project and it is fantastic to see that it is now in the final stages of completion, meaning those living, working in or visiting Birmingham can now anticipate the extension of fast, clean, reliable and eco-friendly trams throughout more of the city. Soon passenger services will begin and the new extension will help transform our vibrant city.”

These latest tests follow a series of successful trials to Victoria Square in August, which marked the first time in the UK that a tram used battery power to run along a modern tram line specifically built without overhead wires, marking a major step forward for light rail across the country. This achievement was recently awarded the Outstanding Engineering Achievement of the Year at the Global Light Rail Awards in London. 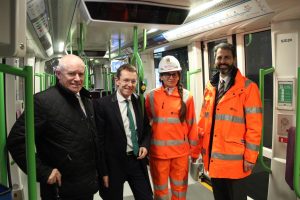 Peter Cushing, Director of West Midlands Metro, said: “Testing and commissioning is a crucial phase of the project and I am delighted the trials have now progressed to Centenary Square.”

Over the coming weeks, as well as providing the opportunity for the vital testing of tracks, signals and other infrastructure, the extensive programme will also move to daytime running, allowing people to get used to trams travelling at low speeds through different areas of the city centre ahead of services commencing later this year.

The Birmingham Westside Metro project follows the extension from St. Chads to Grand Central, which opened for passenger service in May 2016. Once completed, trams will operate between Grand Central and Hagley Road in Edgbaston, improving transport links in the heart of Birmingham, making journeys faster and more accessible, in turn helping businesses and supporting more jobs.

Construction for the new route began in June 2017 and, along with four other tram extensions in the West Midlands, is being planned, designed and delivered by the Midland Metro Alliance on behalf of Transport for West Midlands (TfWM), which is part of the West Midlands Combined Authority (WMCA). The WMCA has embarked upon an ambitious plan to regenerate the region and provide new opportunities for residents and businesses.