Artefacts recovered from the site of a historical footpath unearthed in Victoria Square during construction for the Birmingham Westside Metro extension have gone on public display at Birmingham Museum & Art Gallery. 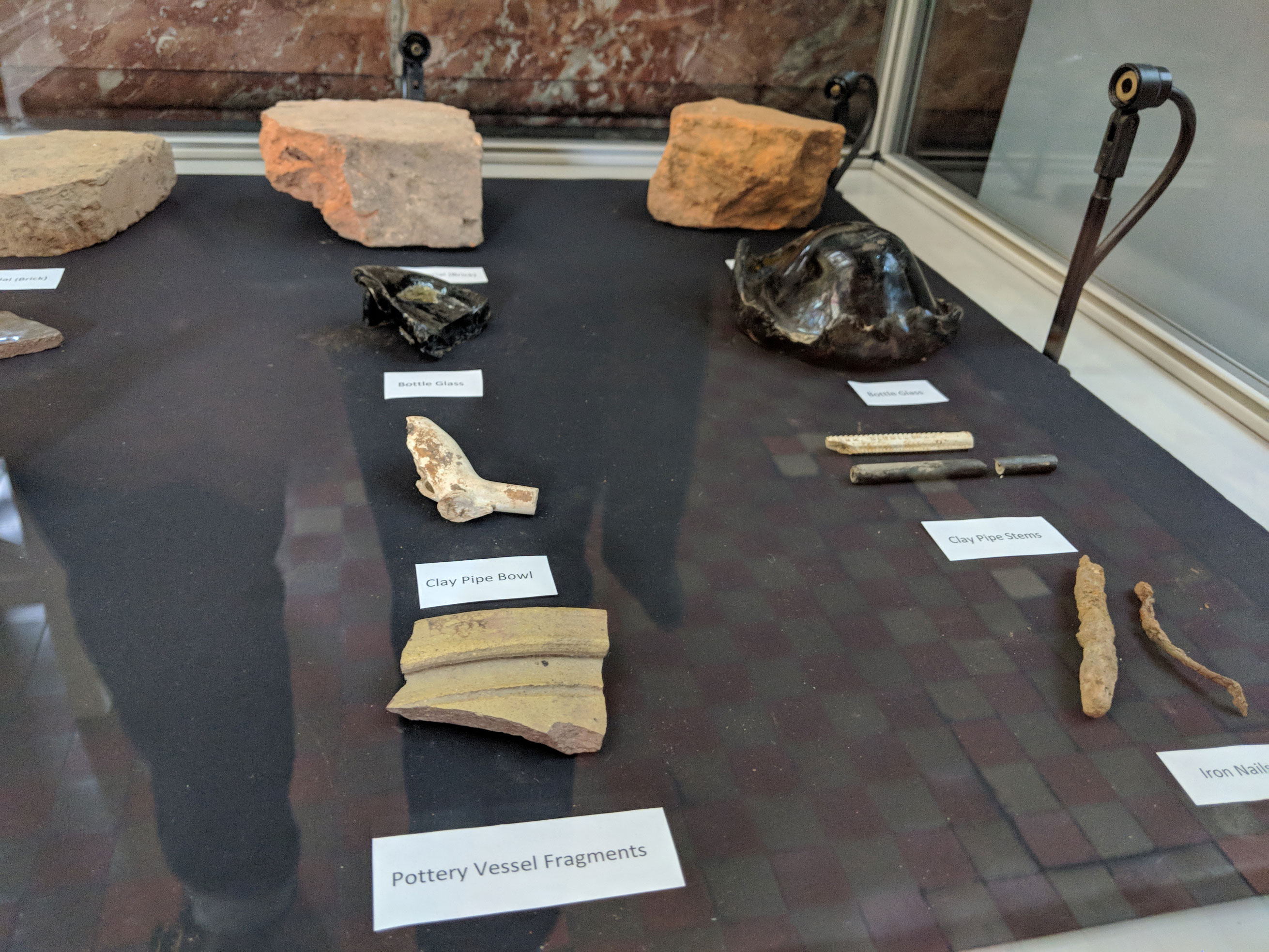 The items including domestic pottery, building materials and the remains of animal bones were found on the cobbled footpath by archaeologists working on behalf of the Midland Metro Alliance.

The selected 12 objects reveal the personal tastes of people who lived in Birmingham 200 years ago, such as their eating and drinking habits and the cooking vessels used for meals. The items will be on display at the museum, together with a short video highlighting the findings and how they were unearthed under careful supervision of archaeologists, throughout the summer holidays.

Ellen McAdam, Director of the Birmingham Museums Trust, said: “The exciting thing about archaeology is the way it reveals hidden histories. We are grateful to the Midland Metro Alliance and RSK for enabling us to show our visitors these finds from Birmingham’s past.”

The footpath, which dates back to the late 18th to mid-19th century, was unearthed during construction works for the Birmingham Westside Metro extension. The discovery generated much interest from people living, working and visiting the centre of Birmingham, who were all eager to catch a glimpse of the path whilst it was left open on display by the Midland Metro Alliance in June 2018.

Natalie Cropp, Sustainability Manager for the Midland Metro Alliance, said: “These items are truly fascinating and make for an interesting display at the museum just a stone’s throw from where they were found. It’s fantastic that we were able to capture this piece of forgotten history during the construction of the Metro extension. Given the interest in the footpath by the public, it is great that these findings are now on display for all to see.”

Laurence Hayes, Archaeologist for RSK, who helped date the discovery, added: “The objects date to the post-medieval period at the time the cobbled surface was in use, located close to Christ Church on New Street, at the end of Pinfold Street. In the coming months we will be analysing the objects in detail to find out their date and function, which will help piece together the story of the road.”

The extension, designed and built by the Midland Metro Alliance working on behalf of the West Midlands Combined Authority (WMCA), is the next phase of works following the tram extension from St. Chads to Grand Central, which opened for passenger service in May 2016.

The plans will see the new line operate between Grand Central to Hagley Road in Edgbaston, improving transport links to and from the west of Birmingham, making journeys faster and more accessible, in turn helping businesses and supporting more jobs.

The first phase of the works will take the route from New Street Station to Centenary Square, with services expected to commence in late 2019. The second phase will continue to Edgbaston, and is planned to open in 2021, in time for the Commonwealth Games, for which transport improvements in the city, including the tram extension, will play an important part in delivering a successful event.

Five new tram stops will connect passengers to Victoria Square, Centenary Square, Brindley Place, Five Ways and Hagley Road, with links to popular attractions including the Birmingham Museum & Art Gallery, the International Convention Centre and Symphony Hall, allowing more people to use the tram in this area for day-to-day travel, reducing road congestion in the city centre, as well as improving sustainable transport options along Broad Street and beyond. Recently, the Midland Metro Alliance announced that the next stage construction for the Birmingham Westside Metro extension will begin in September 2018. This stage of works will see the Metro line constructed from Victoria Square to Centenary Square.

In order to facilitate this stage of construction, Paradise Circus will close in both directions from Monday 3 September 2018 and remain closed until summer 2019. The A38 Queensway underpass, which runs beneath Paradise Circus, will remain open in both directions for the duration of the works to allow access to and from the Aston Expressway and M6. Complimentary highways works will be taking place in Sheepcote Street from Monday 6 August in preparation of this.

For any further more information about the work, please visit: http://metroalliance.co.uk/projects/birmingham-westside-extension/